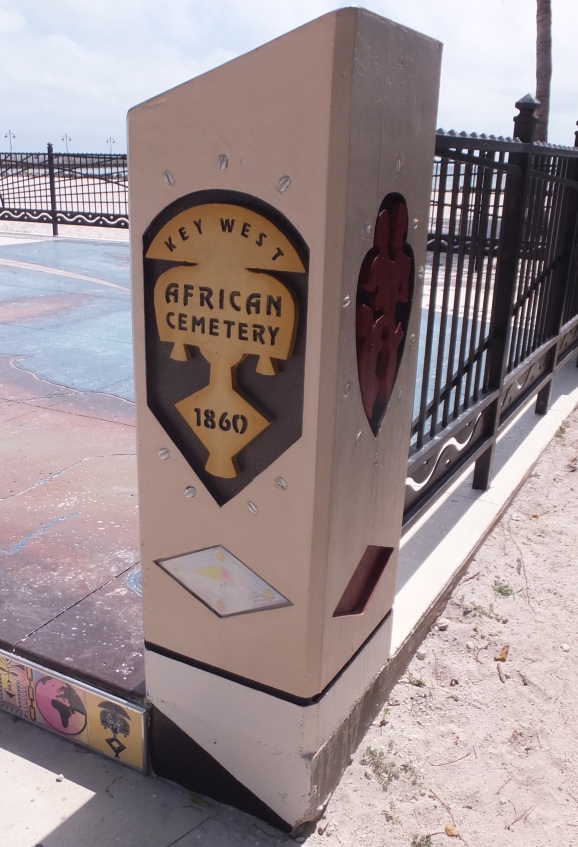 “Death may be the greatest of all human blessings.”
~Socrates

In the summer of 1860, the United States Navy rescued almost 1,500 Africans from three American-flagshipped vessels involved in the illegal slave trade. Conditions aboard the slave ships were deplorable and many of the men, women and children were in desperate condition. The local citizens provided shelter, medical treatment, clothing and food. However, 294 Africans succumbed to their various illnesses. The first to die was a six-weeks old child whose mother was in her early teens. The mother’s devotion was so touching to the town folks that they provided a tiny coffin and designated an interment place where the Africans performed their native burial ceremony. Chanting mingled with loud wails and mournful moans until the coffin was lowered into the grave, then all sounds ceased and the crowd marched back to their barracks in complete silence. Over the next several weeks and months, others were

buried in unmarked graves on what is now Higgs Beach near the West Martello Tower (a fortification designed to protect the Atlantic and Gulf Coasts during the War of 1812). During the Civil War, the fortifications were expanded and the African graveyard faded from memory. An 1861 Army Corps of Engineers map showed nine graves, marked by X’s, with the notation “African Cemetery.” This map and radar enabled archaeologists to rediscover Key West’s African Cemetery, near where this tiny park and marker sit today. The Africans who survived the Key West ordeal were returned to Liberia, West African, a country founded for former American slaves and supported by the U.S. government. Many of them however, died on the return trip. In 2001, Key West erected a historical marker and designated this small park in honor of those Africans.