“O lost, and by the wind grieved,

When Houston’s first cemetery (dedicated in 1836 – See Founders’ Memorial Park) was filled to capacity, the city acquired five acres north of Buffalo Bayou from the Allen Brothers in July of 1840 to use as a burial ground.  It originally contained four sections:  Caucasian families, Negros, Paupers and persons who committed suicide or were killed in a duel.  In the years to follow other sections were added including trenches for mass burials of victims of Yellow Fever epidemics, Masons, Independent Order of Odd Fellows and Confederate veterans. In 1879 there were no more available grave sites in this cemetery so a third burying ground was established on what today is the southeast corner of Waugh Drive and Allen Parkway.  The City kept the original property but abandoned it by 1890.  It quickly fell into disrepair. The third cemetery disappeared in 1944 when Buffalo Courts (now Allen Parkway Village) was erected over the graves. Some of the remains were reburied in other area cemeteries. 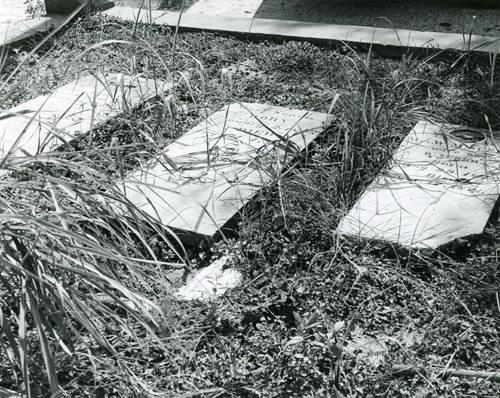 All that remains above ground today in this old cemetery is the concrete curbing around the Super family plot (see the photo above) in front of the Elder Street Artists Lofts (nee Jefferson Davis Hospital).  A few years ago the tombstones of Charles August Super (died at age 18 in 1869), Mary Super (died 1863) and Mrs. W. M. Super (no date of death readable) were still there but have since disappeared.

There were a number of veterans of the Battle of San Jacinto interred here according to old records.  A few of these soldiers include George Brown (died 1844), Amos B. Anderson (died 1837), Joseph Ehlinger (died 1845), James Wells (died 1840) and James Hogan (died 1864).  The latter was Houston’s first blacksmith, Sheriff of Harris County (1850-54) and conducted the city’s first legal hanging (a murderer named Hyde) in 1854.  He retired from public life and opened Hogan’s New Hotel on Market Square. 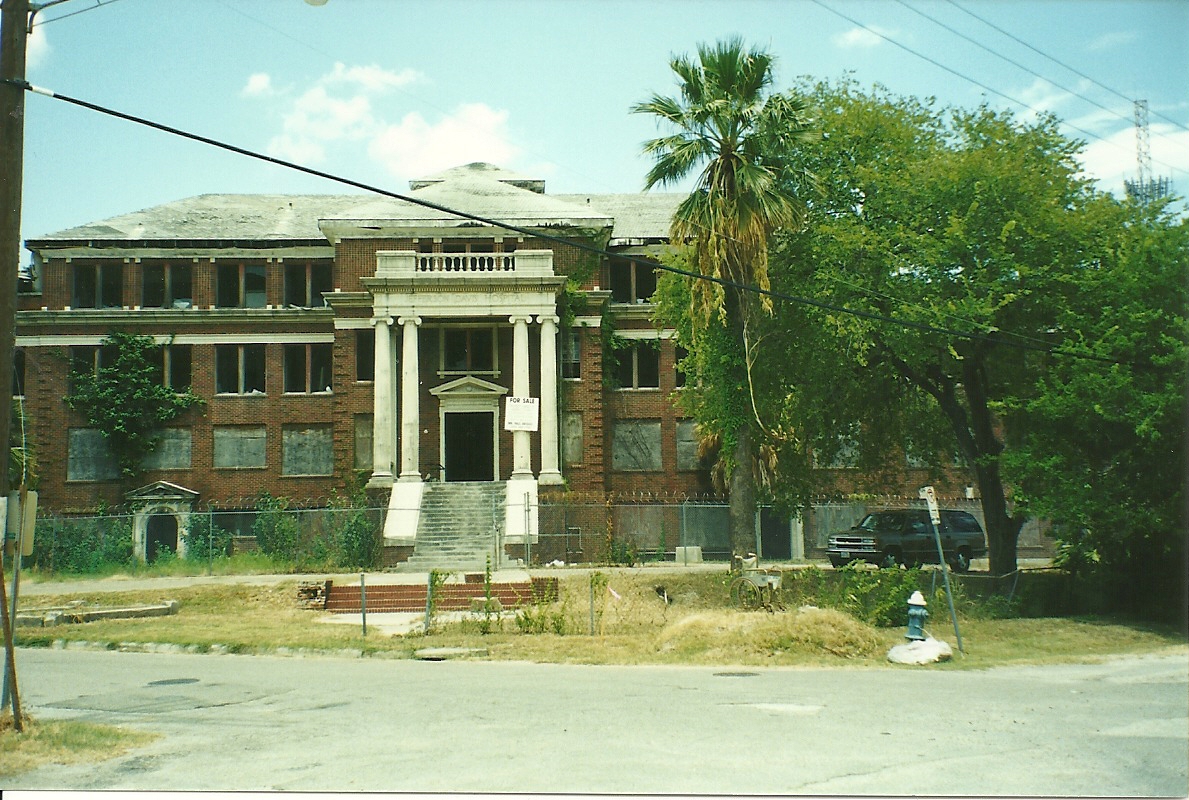 In 1924 the City of Houston constructed a city and county charity hospital on the corner of Girard and Elder thus covering up a number of graves.  Thankfully, the basement was elevated above ground level in order to not disturb some of the remains of the dearly departed.  However, many were destroyed during construction.  It is not known if these persons were re-interred in other area burial grounds. Because many veterans of the War Between the States were laid to rest here the Sons and Daughters of the Confederacy insisted the hospital be named to honor Jefferson Davis, President of the Confederate States of America.

The first floor contained a pharmacy, clinic and the “Negro Ward.” The men’s ward and hospital staff occupied the second story.  The third was for women and the psycho ward.  The children’s ward was on four as well as the operating rooms.  The roof featured a garden and children’s playground.  This facility was closed in 1937 when the “new” and larger Jeff Davis Hospital opened on Allen Parkway. (It has since been destroyed.)  During the intervening years the building served as a clinic, rehab facility and for storage of medical records.  It was recently renovated and now serves as artists lofts.  It is believed to be haunted by the restless souls of the people buried here.

In 1968 the Houston Fire Department covered the remaining cemetery property with a maintenance facility and parking lot.  At that time graves of unknown Confederate soldiers were uncovered.  These were re interred on Fire Department land and an old marker was placed over the mass grave.  It reads, “Sacred to the memory of 32 Confederate soldiers who died in their Country’s service.  Rest in peace.”