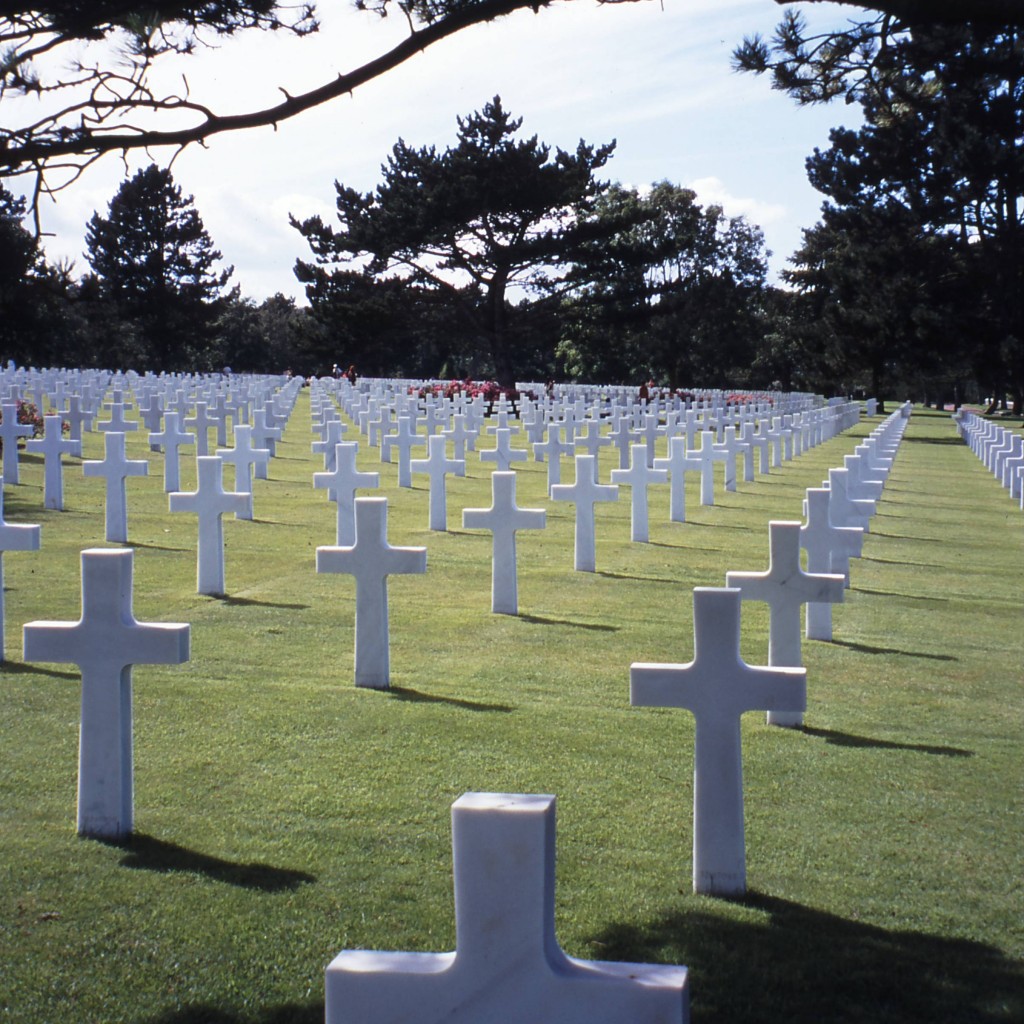 June 6, 2014 was the 70th anniversary of the Normandy landings of World War II.  Operation Overlord as it was known was the massive amphibious assault on Nazi occupied Europe. Winston Churchill called it “…the most difficult and complicated operation that has ever taken place.”

On D-Day many a brave American died in this horrific battle.  Most of the more than 9,000 U. S. troops were killed in action on June 6, 1944. Over 1,500 troops are listed as missing in action. Two days later the military established the temporary American St. Laurent Cemetery, the first U. S. military burial ground in Europe.  It was replaced by the current cemetery in 1956.

Today the site draws over a million visitors annually.

We visited Normandy in 2005, touring the battlefield at Omaha Beach and paying our respects to those who are interred there.  Needless to say, it was a very moving experience.  We plan to go back in 2015.