It is with great respect for this Knight of the British Realm that we have chosen to borrow from his famous quote as the title to this sidebar.  Because, in our opinion, “Mexico is intoxicated with death.” 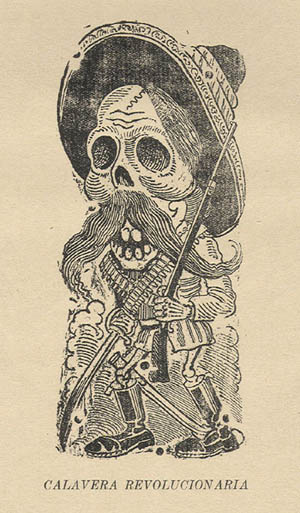 How did this unusual phenomenon happen?  Well, it started in the town of Aguascalientes in the 1871 when a young lithographer and engraver named Jose Guadalupe Posada began work at a local newspaper as a political cartoonist.  Soon he took his talents to Mexico City where he found work at a well-respected publishing company.  His forte was creating and publishing sensational broadsides mostly related to politics, politicians and current events.

In Mexico in those times, printing embarrassing, humiliating or sensational cartoons featuring real people could get the maker into a great deal of trouble.  So Posada substituted Calaveras or drawings of skeletons as living people acting out the news.  This way he avoided lawsuits, jail or worse.  Needless to say, he was a very popular cartoonist for taking on crooked politicians, the rich, the Catholic Church, the military and many more.  With his death in 1913 his Calaveras died with him.

But the Calaveras were reincarnated as the celebration of the Day of the Dead (October 31) became more popular in the Hispanic community. 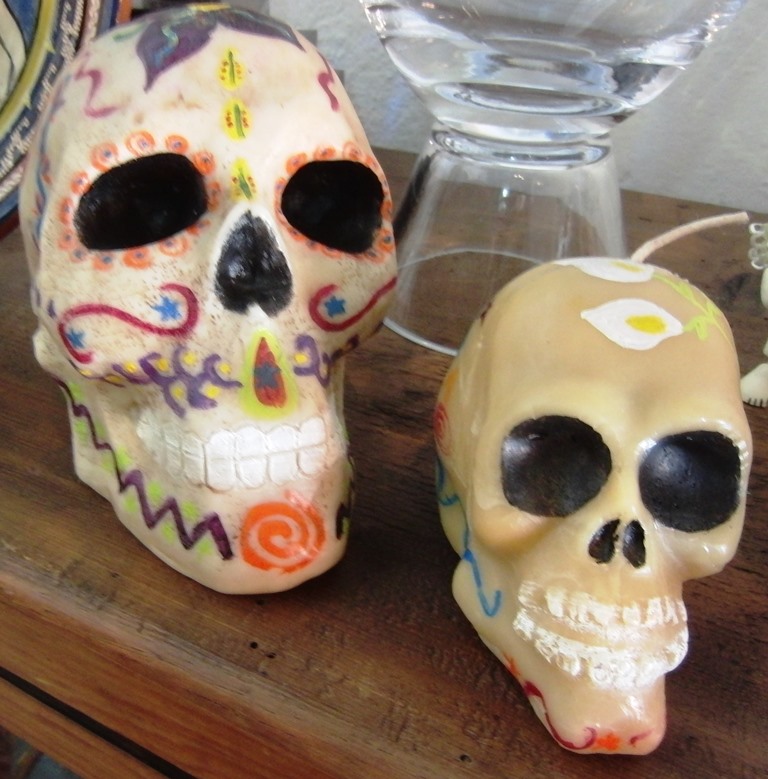 First came decorated sugar skulls, cakes and other baked delights to offer to the dearly departed and then consumed by the living.  From this tradition the Calaveras phenomenon went viral.  It was no longer only for the Day of the Dead, it was for every day.  One could buy clay statue skeletons involved in everyday activities, skull candles, paintings, tin figures, posters, t-shirts and dinner plates.  As time passed it was only limited by the imaginations of the thousands of artists and others to create new Calaveras involved in different activities.

To try and see if our theory was correct that Calaveras were everywhere, in just a few hours over two days of strolling the streets of central San Miguel Allende we took photos of over 50 Calaveras in many forms.  Yes, Mexico is “intoxicated with death.” 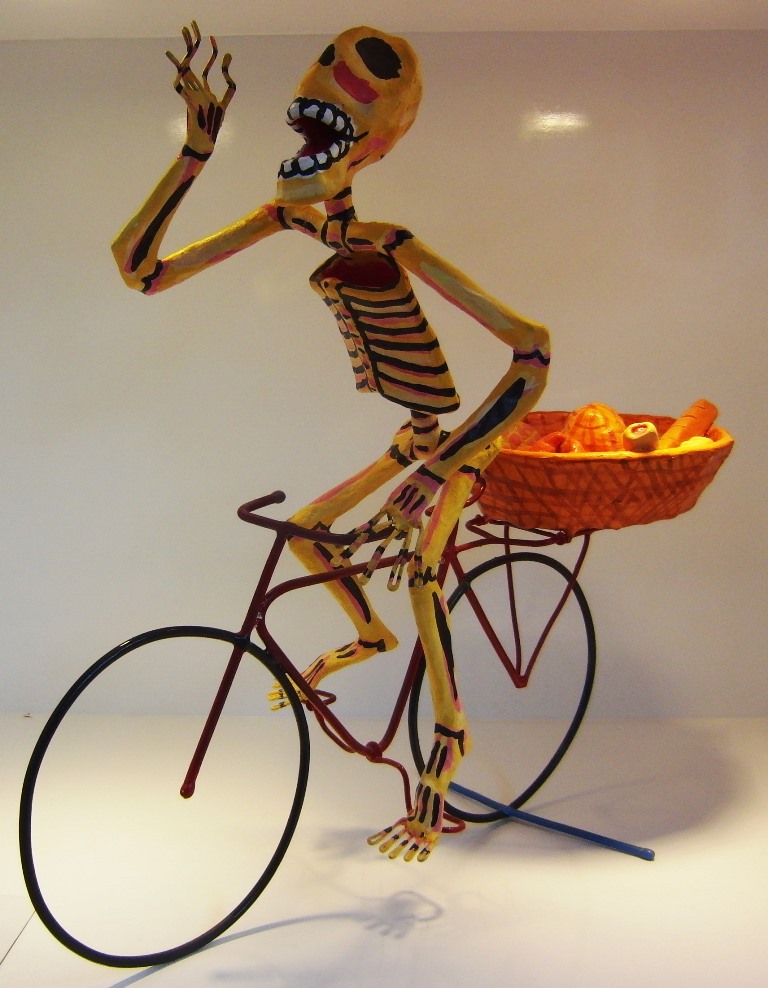 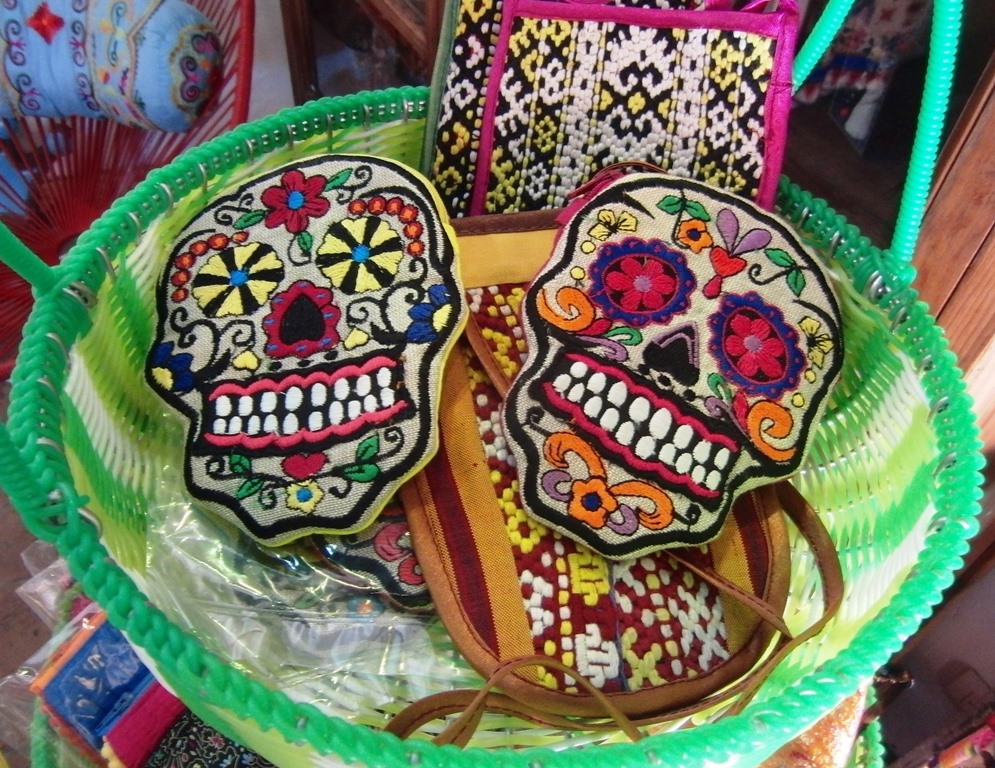 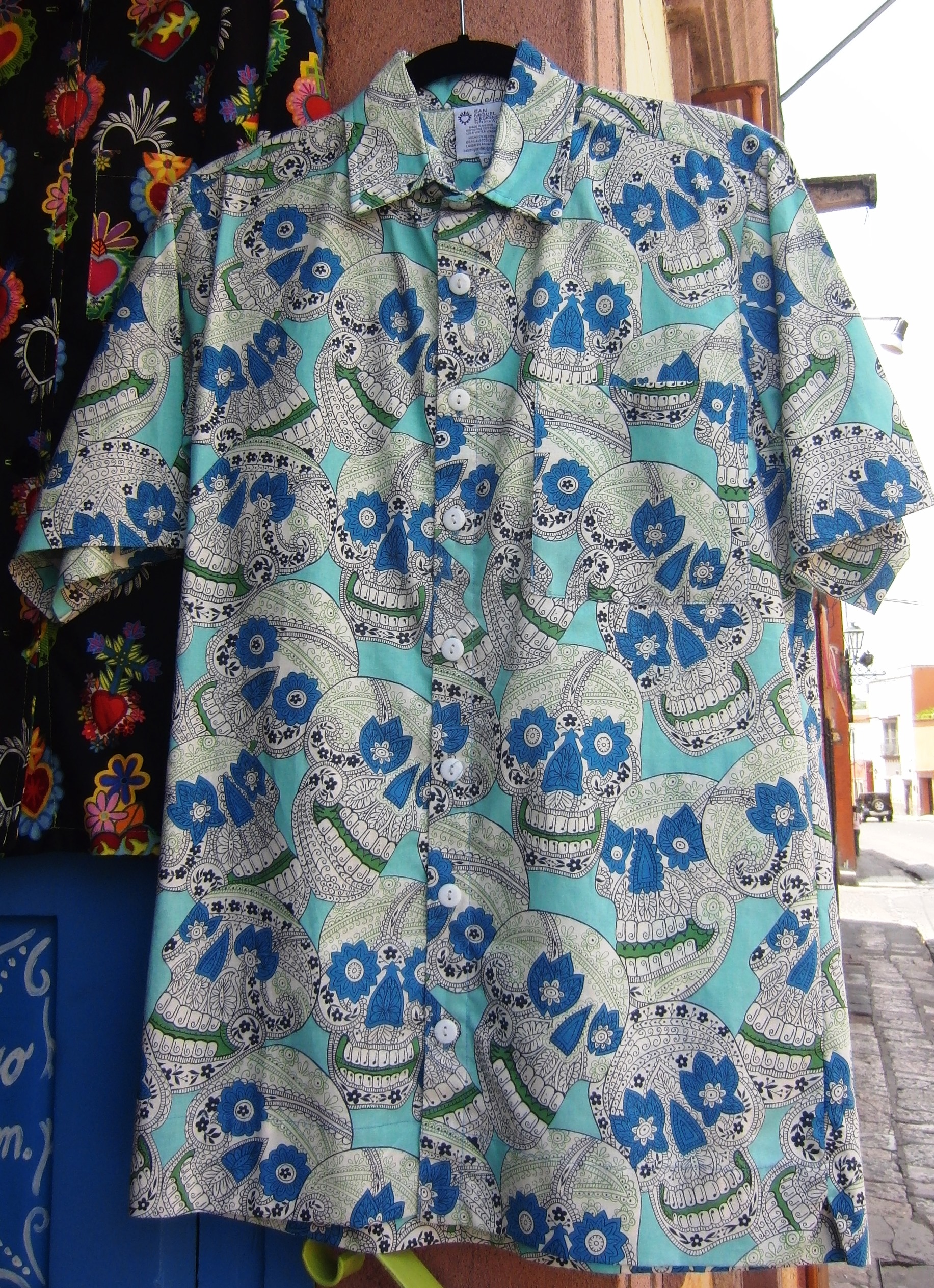 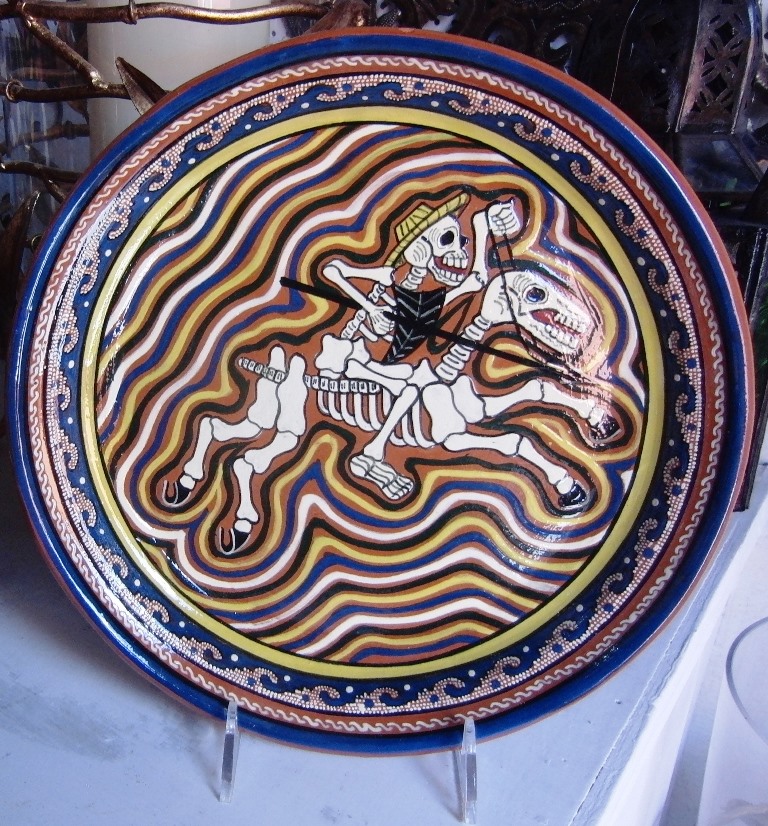 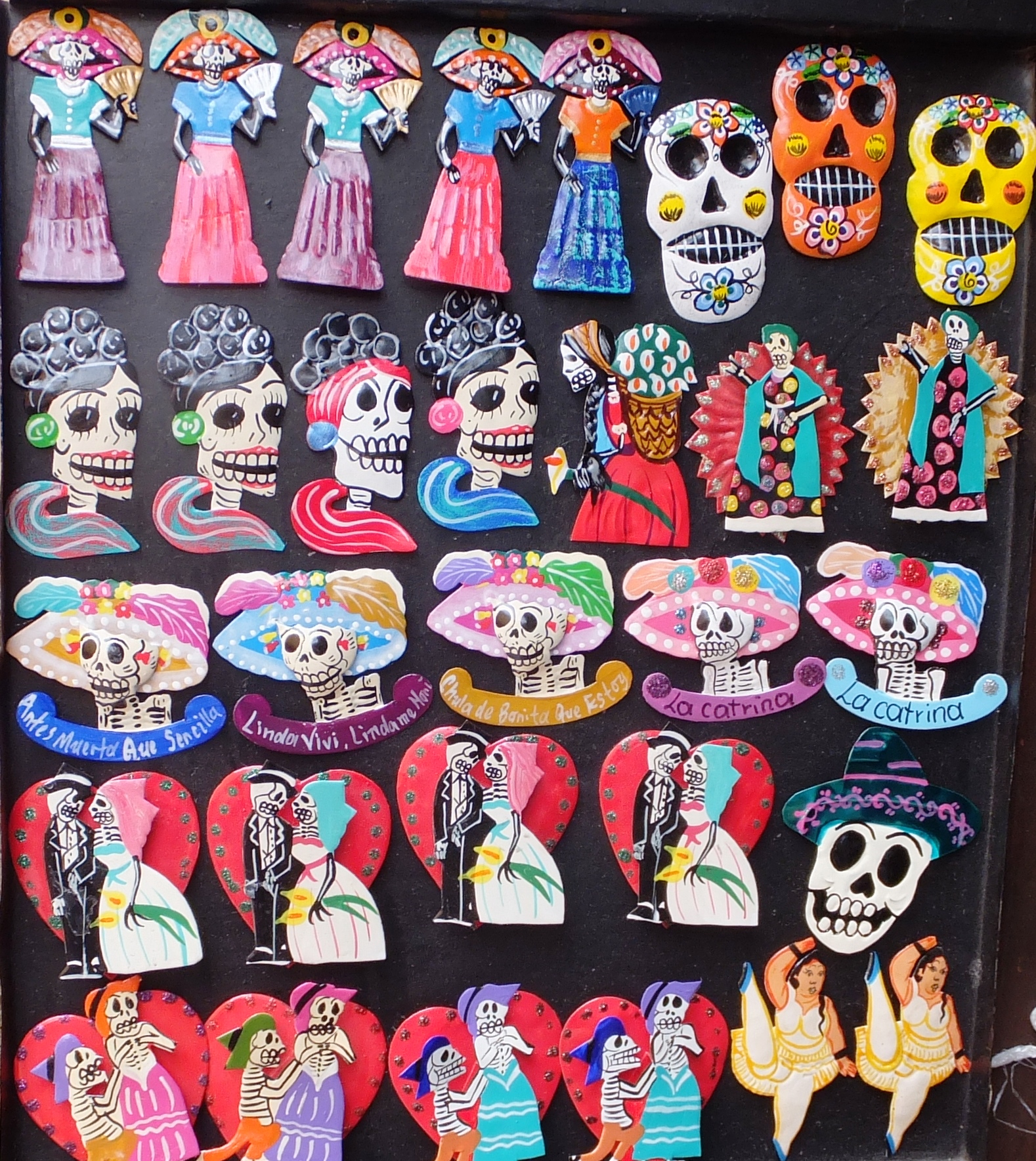 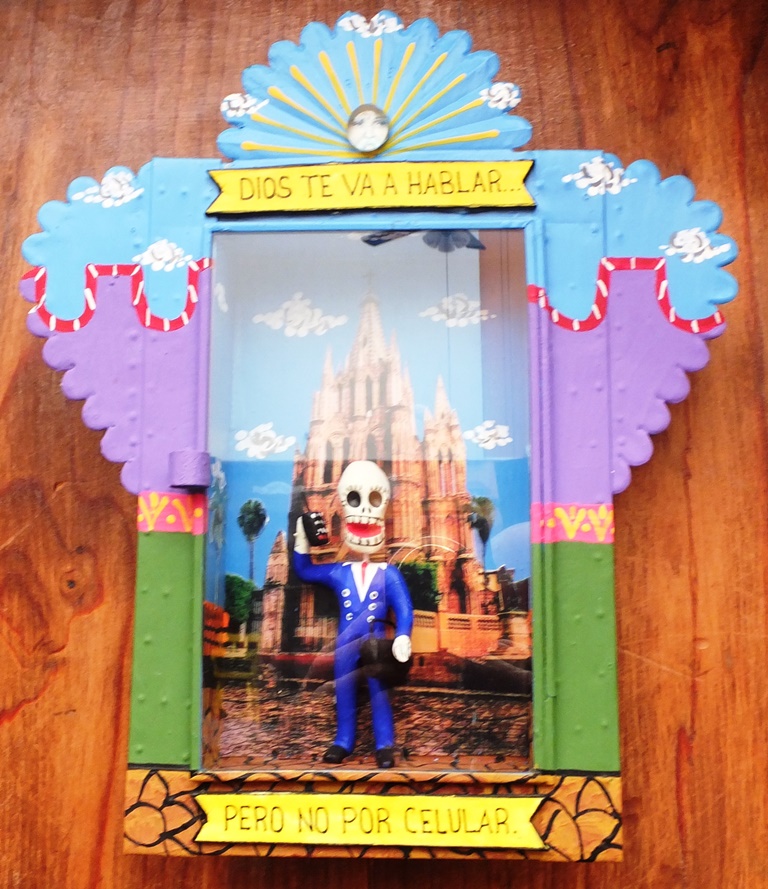 You Can’t Talk to God on a Cell Phone