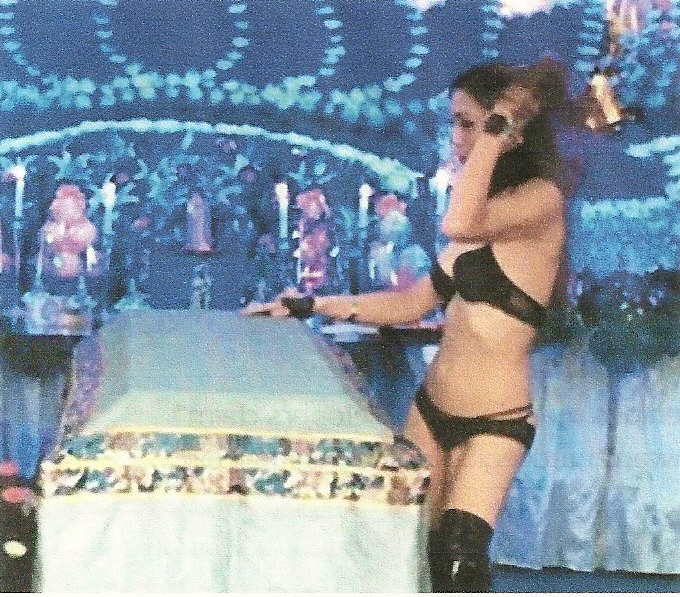 In China “loss of face,” the dissolution of respect resulting in humiliation, is a very big deal.  Recently, Chinese families have been striving to attract additional mourners to funeral services since a paltry number of attendees signify that the dearly departed was not well thought of resulting in a huge public disgrace for the family members.

For years the Chinese have been hiring out of work actors and other strangers to serve a “professional mourners.”  The individuals will wail loudly during the burial rites.  However, this practice seems to have fallen out of favor.  So families have sought other means of attracting a large crowd to a funeral service.

Last year in the northern province of Hebei near Beijing a particularly resourceful family decided to hire strip tease artists to perform at the funeral.  They hired six topless dancers from a local “off the radar” strip club named the Red Rose Dance Group to perform for the attendees.  (Such establishments are considered “pornographic” and “uncivilized” by the Communist Party.)  For two and a half hours these talented and sultry lasses put on quite a sexy show, drawing a record crowd of “mourners.”

The celebration was so successful that it attracted the attention of the local police.  Needless to say this lascivious performance, while highly successful, resulted in the arrests of the family members, the attendees and the strippers.  Strip tease is illegal in China.  As a result attendees and the young ladies were fined $7,500 and required to spend 15 days in “administrative detention.”  We assume the dearly departed had a “get out of jail free card.”