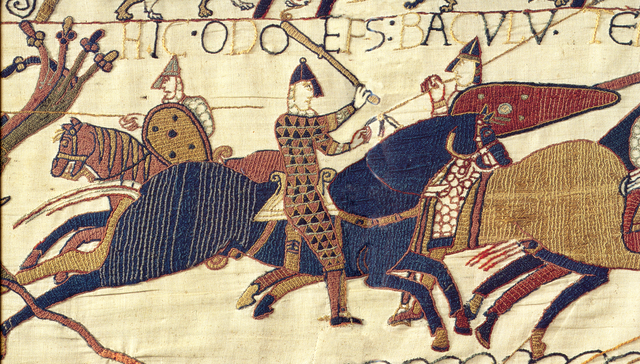 Historians tell us that the last invasion of Britain was by the Norman-French in 1066, a victory depicted in the tapestry 230 feet long and about 20 inches wide at Bayeux, France.

The women of Fishguard, Wales would disagree.

It seems that in 1797, Napoleon sent a rather dubious assortment of soldiers (including some recently released from prison) under the direction of an elderly colonel named Tate with orders to take Bristol (England’s 2nd largest city), proceed to Chester, Liverpool and finally London.

From the beginning things went awry. Wind conditions pushed the four French warships off course and when they sailed into Fishguard Bay (in Wales), they were met with canon fire. Quickly withdrawing, the 1400 soldiers landed on a nearby sandy beach. Men, weapons and powder were quickly offloaded and word of the successful invasion was sent to Napoleon.

The soldiers, it seems, had a bit different idea about what a successful invasion meant. They were much more interested in the rich food and wine they discovered on land, than in fighting. After looting and imbibing, they were too drunk to fight and, after two days, they were forced to surrender to the local militia. 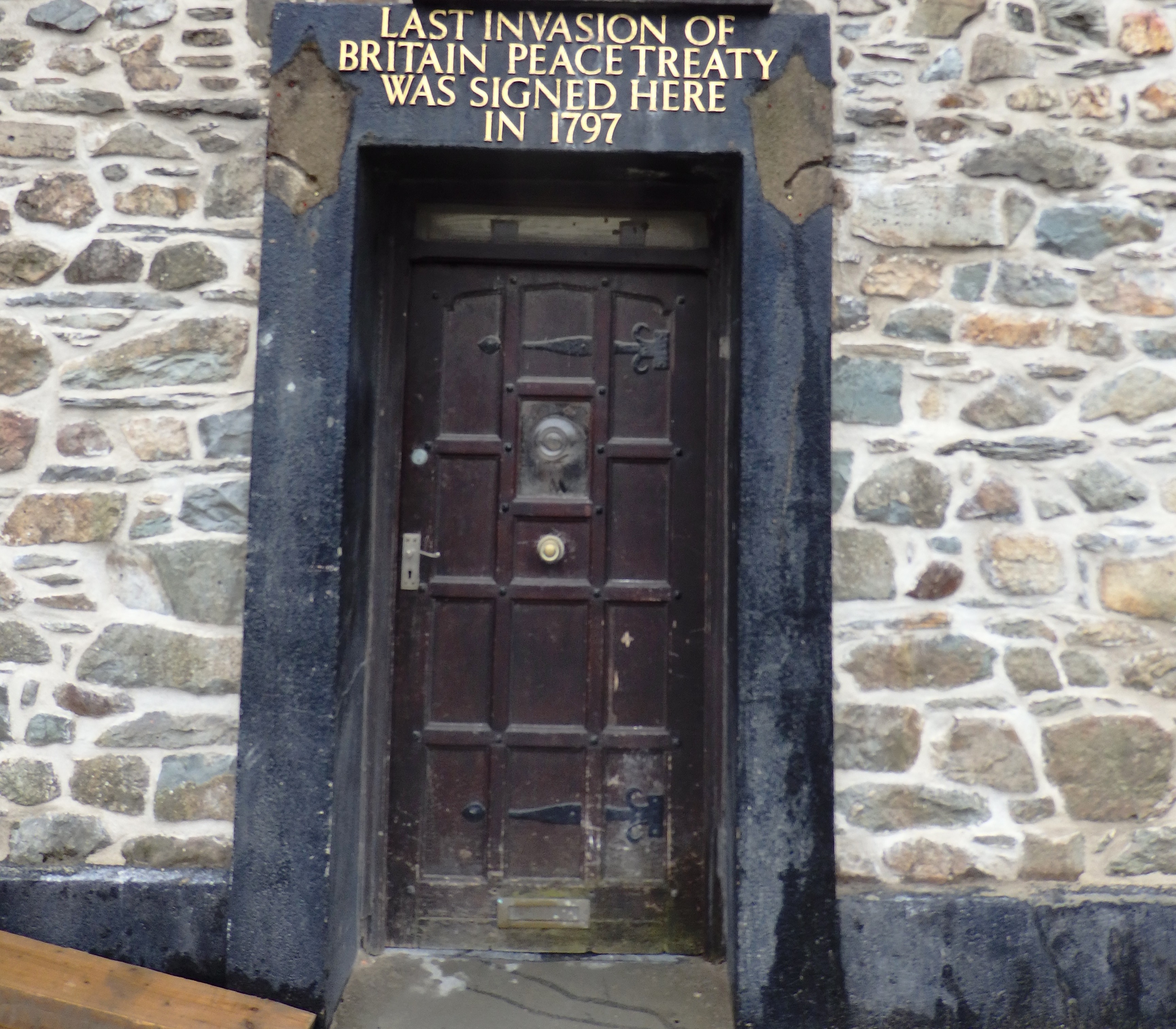 The surrender agreement refers to British troops “to the number of several thousand.” No British troops of that number were anywhere near Fishguard. However, hundreds of local women dressed in their traditional garb of scarlet coats & tall black hats had come to watch the fighting. After a night of drinking & eating, perhaps the French mistook them for Redcoats. 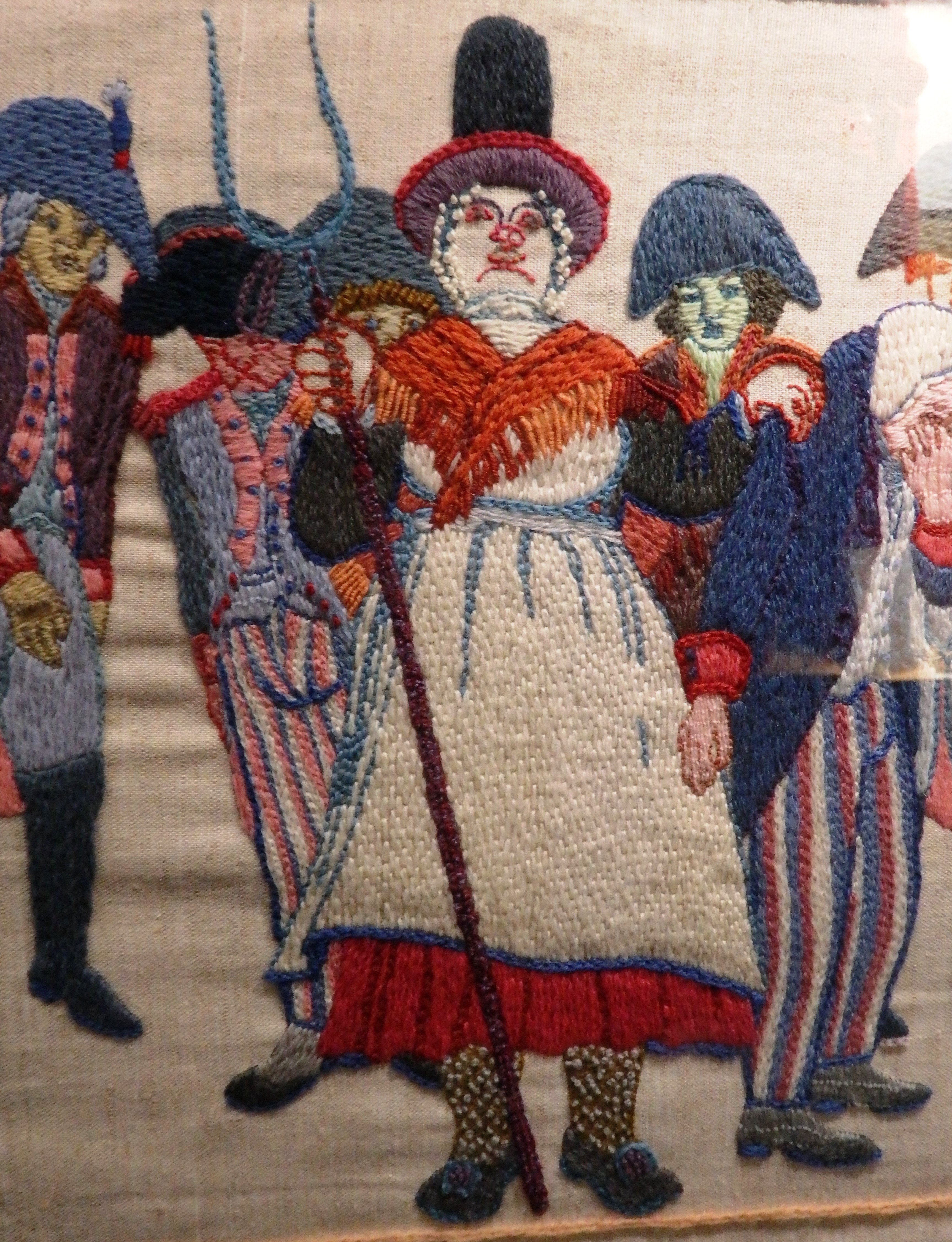 One Welch woman did indeed make a name for herself. 47 year old Jemima Fawr (Jemima the Great) Nicholas, the six-foot tall wife of a cobbler, marched out of her village, dressed to the nines, pitchfork in hand and rounded up 12 French soldiers whom she locked up in St. Mary’s Church and went looking for more.

The entire episode is articulated in a handsome tapestry that hangs in the Town Hall in Fishgaurd. Inspired by the Bayeax tapestry, seventy women stitched for more than two years, using 97 different colors of thread to tell the story. One hundred feet long, twenty inches deep, divided into 97 panels, the tapestry was produced to honor the 200th anniversary of the invasion. Jemima is featured prominently but the entire story is told in colorful detail.

Jemima is buried in the churchyard across the street. 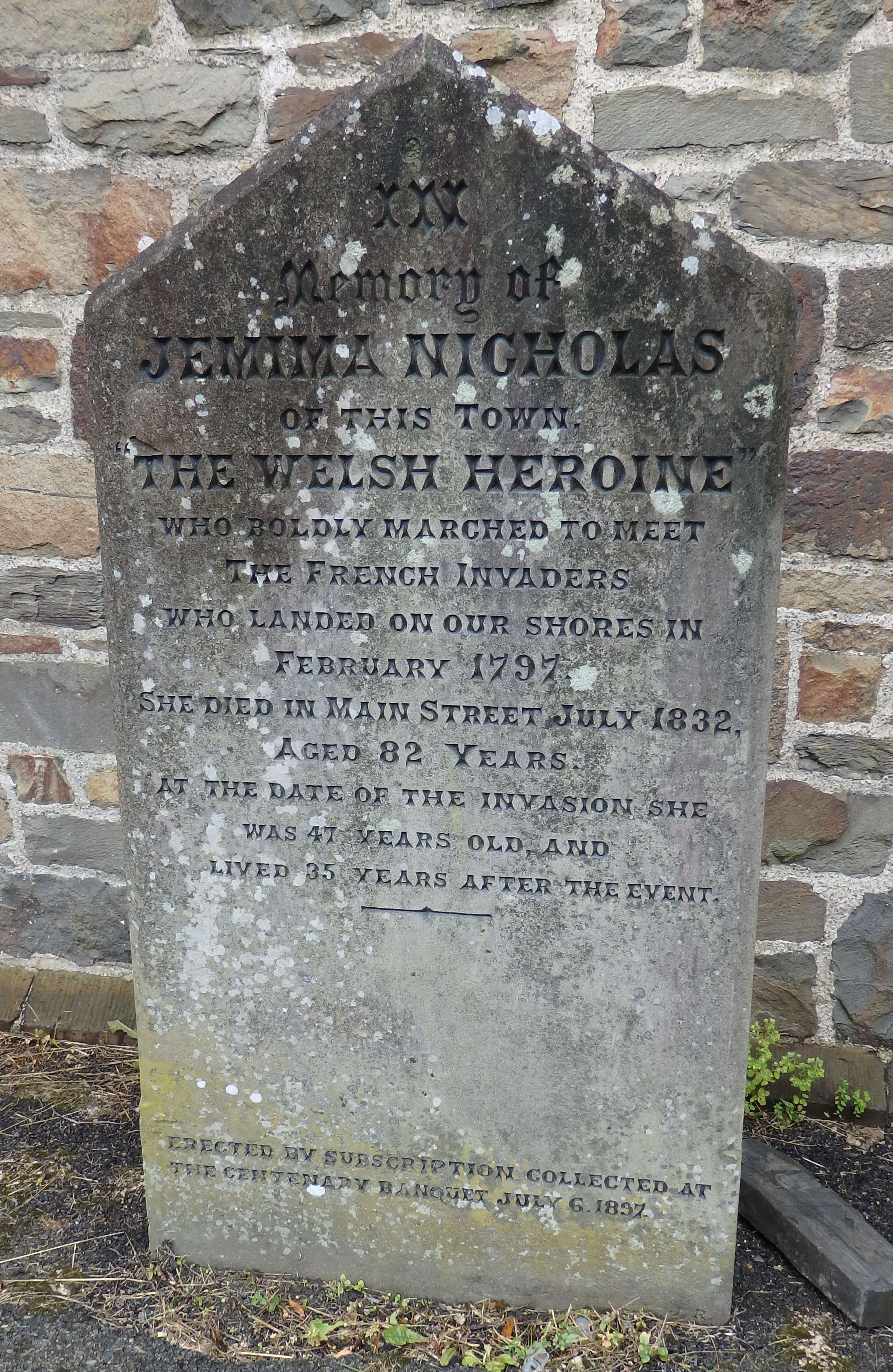