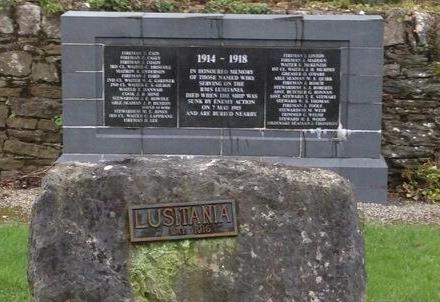 “Do not stand at my grave and weep,
I am not there…I do not sleep.
I am the thousand winds that blow…I am the diamond glints on snow…
I am the sunlight on ripened grain…I am the gentle autumn rain.”
— Irish poem, author unkown 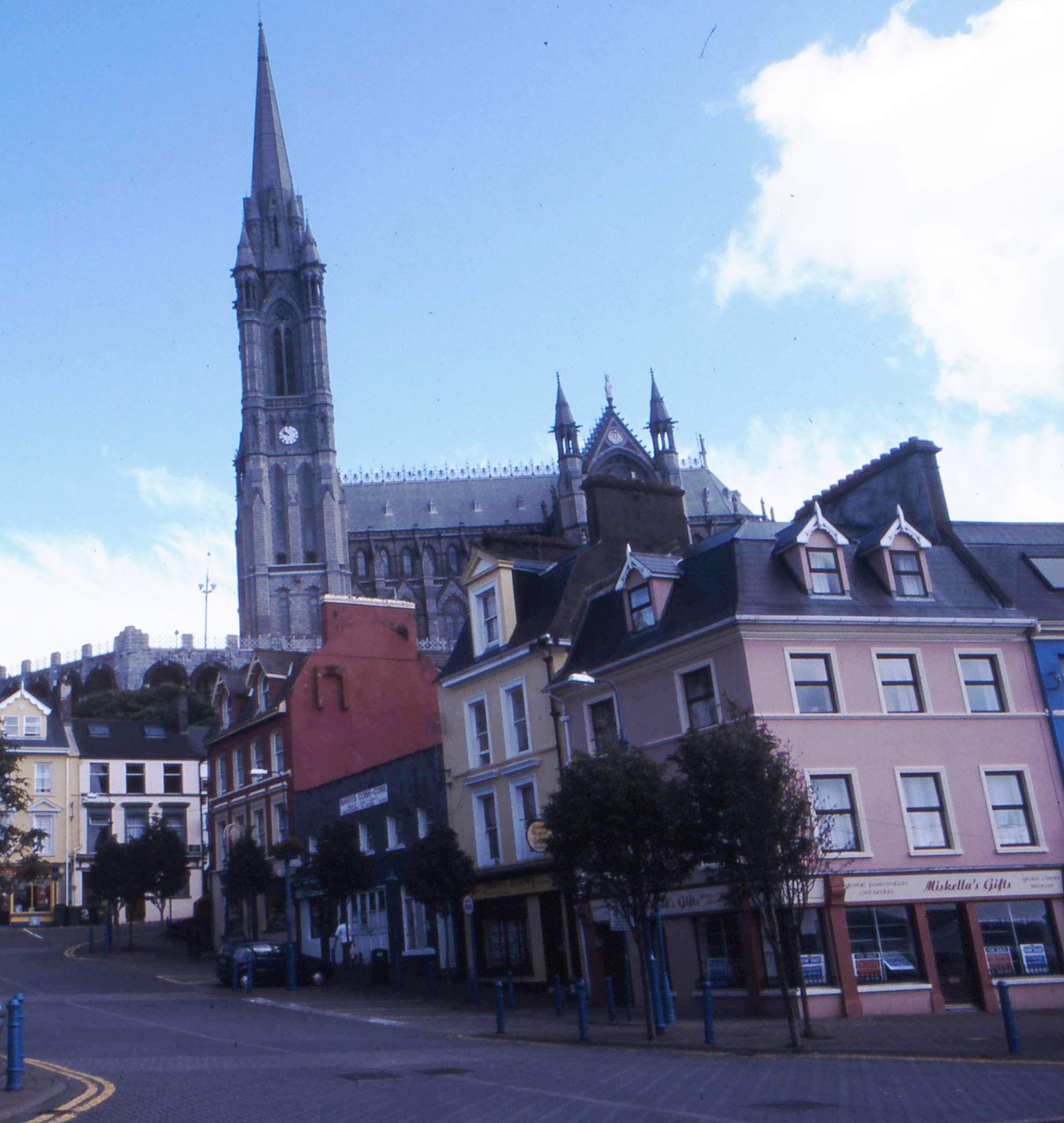 Cobh, Ireland, on the south coast of County Cork, possesses the fame or misfortune to be closely connected to the sinking of two of the world’s most famous ocean liners of all time, RMS Titanic and RMS Lusitania.  It was the last port of call made by the Titanic prior to its fateful maiden voyage sinking by a huge iceberg on April 15, I912 as well as the torpedoing of the Lusitania 10 miles off Old Head of Kinsale May 7, 1915.  We had the pleasure of visiting Cobh (pronounced kove) and found it to be a charming Irish town with an incredible history, wonderful pubs and restaurants and charming people.

We recently posted about the 100th anniversary of the sinking of the Titanic.  On another trip to Cobh we photographed some historic locations related to that tragedy that still remain on the town’s historic waterfront. 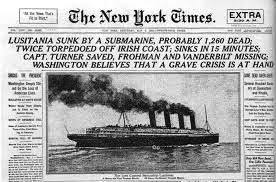 2015 was the 100th anniversary of the tragic final voyage of the Lusitania.  On that fateful Mayday this luxury liner was sailing parallel to Ireland’s south coast on its 202nd voyage from New York City to Liverpool, England when she crossed paths with submerged German U-boat 20 at 2:10 PM local time.  Submarine captain, Walther Schwieger, could not believe his eyes but quickly fire one torpedo at her.  It hit the Lusitania on the starboard bow, setting off another explosion within the hull of the ship. (Later rumors had it that the Lusitania was transporting ammunition and explosives to the besieged British during WW I thus prompting Schwieger’s reaction to fire on a passenger liner that was prohibited to transport war supplies.)

Within 18 minutes the ship was on the bottom of the Celtic Sea only having time to lower six of its 48 lifeboats.  Of the 1,263 passengers and 696 crew (1,959 in all) 1,198 lost their lives including 123 Americans, among them Alfred Vanderbilt (tycoon), Elbert Hubbard (author), Albert Hopkins (shipbuilder) and Charles Frohman (Broadway producer),

In the hours following the sinking many heroic acts were noted, both by the surviving voyagers and the Irish rescuers who came out in boats to save the 761 souls.  The living and the dead were transported to Cobh, swam or washed up on the nearby beaches.  The deceased were laid side by side in three makeshift morgues (including Town Hall) where survivors mournfully walked slowly by looking for lost family members.

In that age of ranked and privileged peerage, first class passengers were embalmed at the expense of the American government.  The rest of the bodies quickly turned into a serious predicament – decomposition.  Cunard Lines officials decided on three interments in mass graves in the Old Church Cemetery.  On Monday May 10 the burials took place in three sections of the graveyard: Section A (1st Class Passengers), Section B (2nd Class) and Steerage (3rd Class), separated in death as these individuals were in life.  In addition 24 individual burials took place for reasons now unknown.  Local soldiers served as grave diggers.  A long procession marched through town to the Old Church Cemetery for the last rites.  A military band played Chopin’s Funeral March as they accompanied the mourners.  At the memorial service the attendees sang Henry France Lyte’s Abide with Me, a gun salute was fired and buglers played The Last Post, the British military equivalent to Taps.

Captain Thomas Brierley, a local boat skipper, was given a medal for bravery for his actions in rescuing survivors from the Lusitania.  He is buried nearby.

In case you have the opportunity to visit Cobh, don’t miss the Lusitania Pub. It’s filled with memorabilia and great Irish ales.